In 2004, Vernal Stewart decided to start his business in Lee’s Summit, Missouri. Mr. Stewart’s goal was to set his company apart from other consulting agencies and civil engineering firms by providing the highest quality people to serve his clients. Vernal had a firm belief in people, and that people - more than anything else - build successful projects and lives.

Following the successful launch of the company in 2004 and winning our first project later that year, we quickly expanded to other Midwest cities, opening offices in Illinois in 2005 and in Texas in 2007. Over the initial five years of the company’s history, we primarily provided services in the highly specialized area of Program Management - with great success - to the Tollway Agencies in Illinois and Texas. As of 2015, we have provided professional services in over ten states nationwide, from North Dakota to Texas to West Virginia.

With a burgeoning desire to expand our services, we continue to add talented and purpose-driven individuals to our ever-growing SE3 family. We have grown from less than 10 employees in 2010 to over 65 in 2018. Our high-quality staff helped us to weather the gloomy economic downturn at the turn of the decade, while simultaneously increasing our capabilities and qualifications. 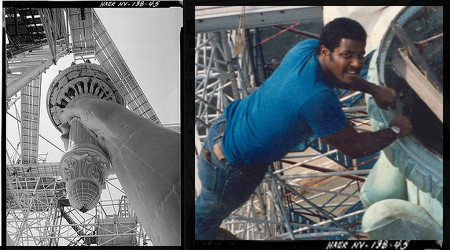 Vern is proud to have the privilege of working on the Statue of Liberty during its 1983 Rehabilitation - a sense of pride that he has built into the foundation of SE3.